Luxury Society, a division of Digital Luxury Group, has recently released the results of an intriguing survey recently: does the increasing awareness of young people between the ages of 18 to 34 (better known as millennials) to the existence of synthetic, lab-grown diamonds, affect their choice of diamond engagements rings? According to Kimberly De Geer, who conducted the survey and analyzed the results, diamond companies and traders can rest easy, for the time being: most millennials still prefer the natural version over the synthetic one. 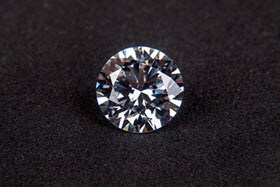 Although synthetics can be 30% cheaper than the alternative, only 59% of the respondents (aged 18-34 from the US, Europe and Asia) who think about purchasing a diamond engagement ring, were “generally aware” of their existence. Still less - 37% - knew what synthetic diamonds actually were. Most thought that synthetic diamonds are equivalent to simulants such as glass and cubic zirconia.

54% of the millennials favored natural diamonds, and only a third of the men, and a third of the women, said they preferred synthetics. 14% favored colored stones to any other gems, and had no preference for either natural or synthetic diamonds.

Men who preferred natural diamonds said that women’s perceptions of romance played a major role for them. Most saw synthetic diamonds as “cheap” and far from what women really want. A 30% discount, they said, was not worth the loss of romance when purchasing a diamonds ring for their beloved.

Most women said that the uniqueness, rarity and the fact that diamonds came from nature, were all part of the charm of natural diamonds and what they represent. Just like the men, most women said synthetics sounded “cheap” to them, unromantic, and not that different from a CZ or a Swarovski crystal.

One interesting fact was that some men acknowledged that their perceptions of natural diamonds were influenced by the famous slogan “A Diamond is Forever”.

Chosen by Advertising Age magazine as the best advertising slogan of the 20th century, “A Diamond is Forever” was coined by the office of N.W. Ayer in 1947 as part of a De Beers campaign to bring diamonds to the masses. The slogan and ensuing print campaign was so powerful and lasting, that diamonds gradually became to be seen as a symbol of love and commitment. The idea that diamonds are eternal, linked with romance and an almost necessary luxury – is still, apparently, deeply ingrained today.