The 3 Most Expensive Diamonds in the World

All diamonds may be cherished by their loving owners, prized for their sentimental – as well as their monetary – value. However, not all diamonds were created equal. Some gems transcend others, and the most rare, expensive diamonds ever to be mined share something in common: they all have fascinating histories. Here are the stories of the three most expensive diamonds in the history of the world.

The Cullinan is the largest rough diamond ever recovered. It was found by miner Thomas Evan Powell in South Africa’s Cullinan mine in January of 1905. In it rough form, the Cullinan weighed 3,106 carats (621 grams). After eight months of work by three polishers working 14 hours a day, the huge stone was cut to nine principal numbered stones (I through IX), 96 small brilliants and nine carats of unpolished fragments. 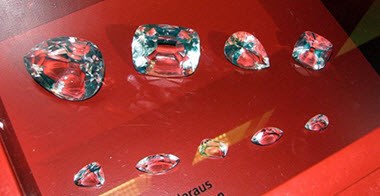 All diamonds now belong to the Crown Jewels of the United Kingdom. The Cullinan I weighs 530.2 carats and Cullinan II weighs 317.4 carats. The Cullinan II, also called The Star of Africa, is worth about $400 million and is the largest polished white diamond in the world. The worth of all nine diamonds cut from the Cullinan is unknown but estimated at several billions of dollars.

The Millennium Star Diamond was mined in Zaire in 1990 and purchased by mining giant De Beers. In its rough form, the gem weighed an impressive 777 carats. After being cut and polished by De Beers’ master polishers, the Millennium Star is today the world's second largest top-color, internally and externally flawless, pear-shaped diamond at 203.04 carats. 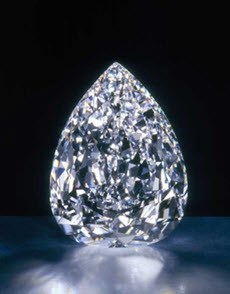 The Koh-i-Noor was mined in the 13th century at Kollur mine in India, and is one of the oldest diamonds on earth with a documented history. Originally weighing 793 carats, the diamond now weighs 106 carats and is part of the British Crown Jewels.

In contrast to the Cullinan, which rests easy with the rest of Queen Elisabeth’s jewels, the ownership of the Koh-i-Noor is highly disputed. India has always alleged that the diamond was illegally taken from the country, and in November 2015, a group of Bollywood celebrities and businesspeople instructed lawyers to begin legal proceedings in London’s High Court to return the stone to India. Almost a month afterwards, a Pakistani lawyer named Jawaid Iqbal Jafree filed a petition at the high court in Lahore claiming that the stone belonged to Pakistan’s Punjab province and was “forcibly and under duress” taken by the British. 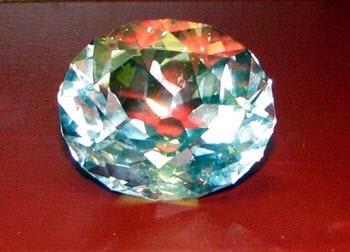